Should I neuter my dog? 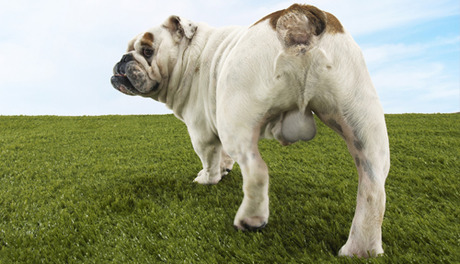 This is a question we all have to face as dog owners. It is probably one of the hardest decisions that we have to make because it is irreversible and the effects are profound whether the dog is neutered or not. For some dog owners they simply follow the advice of their vets and neuter at a fairly young age, sometimes as young as 6 months. It seems like the right thing to do because that is what we are told, the notion that our dogs will get cancer or be aggressive and uncontrollable is pushed onto us, creating a mind-set of fear that we must neuter early before roaming, mounting or aggression creeps in.

I disagree. As a behaviourist I see many cases of aggression in dogs, it is the most common behaviour problem alongside separation anxiety. In nearly all of the dogs that I see they have been neutered before sexual maturity and have gone on to develop, in most cases, fear-based aggression. There are always other factors that can cause aggressive behaviour but one thing that is at risk when neutering a dog before it has reached full sexual maturity is its confidence. Imagine a pre-pubescent boy or girl undergoing the same procedure, it is hard to imagine. Just like us, dogs grow in physical and mental maturity during the adolescent years and when dogs are neutered during this important life phase it really messes around with the natural development of the mind, they can be left in a permanent child-like or adolescent mind. Nature intended for dogs to grow and mature normally, neutering abruptly interrupts this process and dogs can change in their behaviour overnight.

We wouldn’t do this to humans so why are we doing it to dogs? The theory that it will stop mounting is not a reason or an excuse to neuter; good leadership and behavioural modification should be implemented first and if that fails then a discussion about neutering is then appropriate. I regularly see bitches mounting males, neutered males mounting entire males. Mounting is more often than not a dominance posture rather than a sexual one. Neutered males still show an interest in females that are in season, they don’t suddenly become uninterested in the bitch, so to neuter in advance of a behaviour that hasn’t occurred and can be prevented with good owner management is wrong in my view.

Behaviourists are the ones that have to pick up the pieces after the dogs display behaviour problems, the owners are the ones who are left with timid dogs that are lacking in confidence and it can take months to rehabilitate such dogs and they can never be rehabilitated to a point where they would have been had they not been neutered, the damage is irreversibly done.

A client that I worked with neutered her well-mannered, nice natured bitch and the very next day she became aggressive, blood tests revealed her testosterone levels after spaying were higher than normal levels found in males. The biological system that has evolved over years to function beautifully is not designed to have such abrupt changes forced on it. If the oestrogen is reduced, the testosterone levels can rise.
It concerns me when we interfere with nature when it is not necessary. When I was a kid dogs weren’t neutered, they roamed the streets and there was never such a problem with aggression that we see today, aggression is very common amongst dogs now and early neutering is a big part of the problem.

Yes in some cases neutering is the appropriate route to take, when dealing with real dominance based aggression or if an owner does not want to breed from a bitch, but I believe we should be doing it when the dog has matured and in the case of aggression, only after behaviour modification hasn’t worked or the aggression is so severe that neutering will compliment behaviour modification.

My advice to owners considering neutering is to do plenty of research on both sides of the argument, to wait until the dog is at least 1 and if there are behaviour problems already, consult a professional who is experienced in dealing with these issues especially aggression. As with most things in life, prevention is better than cure, good solid training and leadership can remove the need to neuter too young. Not all entire males develop aggression and castration alone is rarely enough to stop aggression once it has started.